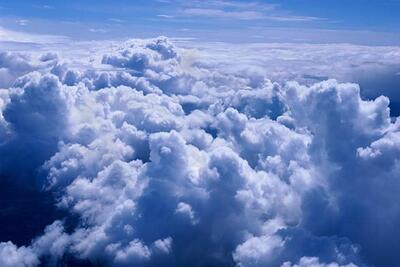 Is Hydrogen the Answer?

If we phase out fossil fuels is hydrogen a viable alternative

For decades there has been concern that fossil fuels, such as coal and gas, do not present a sustainable solution to the world's energy needs. It is often suggested that Hydrogen is a "clean" alternative, but many people in the scientific community have expressed their doubts.

Hydrogen as a power source certainly is a lot less polluting than burning coal or natural gas, as when it is passed through a catalyst to generate electricity the only by-product is water.

However, there is a problem with Hydrogen, and that is, it is very difficult to store and transport.

As Hydrogen is the smallest element in the Periodic table; just a single proton, it is very difficult to contain. Any containers, pipework, or joints which have a gap in their atomic structure will leak Hydrogen like a sieve. This makes large scale transport of Hydrogen over long distances very difficult.

We just need to look at the problem of leaks in the water supply network to understand the issue. Water molecules are around 260% larger than Hydrogen atoms in diameter and preventing leaks in water pipework is hard enough.

Existing gas pipelines can be converted to carry hydrogen but that is still a challenge.

To get around the transportation and storage issues in industrial applications most hydrogen is actually transported as methane, but this means the CO2 has to be released from it in the fuel cell, so it is no less carbon polluting than other fossil fuels.

If we cannot transport it easily, can we manufacture it locally?

Hydrogen is one of the most plentiful gases in the universe. It should be easy to capture it, but unfortunately it is not that straight forward. Hydrogen is usually bonded with other atoms.

The most viable way Hydrogen can be sourced is from water by braking the bonds between the oxygen and hydrogen atoms. This process just requires a little energy to be added in a process known as electrolysis. The trouble with this process is that it takes about 50Kw of energy to produce enough Hydrogen to generate just 40Kw of power, so it is not really energy efficient.

But it is a sustainable loop. Water is split to Hydrogen and Oxygen, then recombined to form water again.

Because the cycle is only 70-80% efficient it is only really suitable for locations where there is an oversupply of electricity. For example when solar panels are generating electricity but nobody is home to use it.

The use of Hydrogen to store the solar produced energy for later consumption is a proven working technology and is sometimes used in sustainable off-grid systems. More traditional batteries are a cheaper, if also more polluting, alternative in most cases.

The Quest for Hydrogen Economy

The desire to decarbonise the energy economy has driven countries, including the UK to pursue investment in a Hydrogen infrastructure. The gas supply network is being upgraded across Britain to allow it to carry Hydrogen more successfully. Large scale production plants are being looked at to generate vast quantities of Hydrogen efficiently, but the majority of generation is likely to be from localised small scale plants.

As transportation switches to electric vehicles the need for a reliable stream of pumped hydrogen to fuel these vehicles will make the Hydrogen economy realistic, and will drive improvements in the efficiency of Hydrogen production.